SEER and EER are energy efficiency ratings for air conditioners and very similar in what they measure.

SEER and EER testing are done in a controlled environment to ensure that each air conditioner model’s efficiency is measured “apples to apples.”

The differences between SEER and EER are:

The testing is done by the Air Conditioning, Heating and Refrigeration Institute, or AHRI. Here is its explanation of SEER ratings.

Both are like gas mileage! Miles per gallon is replaced by the amount of cooling per watt hours of energy (fuel) used by the air conditioner.

In SEER and EER, the higher the number, the more efficiently the unit uses electricity. SEER numbers are higher than EER numbers for any given model of air conditioner.

And you will sometimes see SEER ratings on window ACs. Mini split air conditioners often use both ratings.

If you like to explore technical issues in detail, the rest of this post will be of interest.

This guide explains SEER and EER ratings, how they compare and why they are important.

SEER Defined: According to the US Department of Energy and the Energy Star program, Seasonal Energy Efficiency Rating, “is a measure of the total cooling of a central air conditioner or heat pump (in BTU) during the normal cooling season as compared to the total electric energy input (in watt-hours) consumed during the same period.”

The equation divides the amount of cooling achieved by the amount of energy needed to achieve it at various temperatures between 65F and 104F. Specifically, cooling is the number of BTUs of heat moved from indoors to outdoors to reach the thermostat set point. That number is divided by the energy used, specifically the number of watt hours of electricity it took to move that heat over an entire cooling season.

Since SEER is designed to accurately estimate energy efficiency over an entire season, central air conditioners are tested at a range of temperatures from 65F to 104F. The measurements simulate the changing temperatures from spring through summer into fall.

EER Defined: The DOE says, “Energy Efficiency Ratio is a measure of how efficiently a cooling system will operate when the outdoor temperature is at a specific level.” As noted, that level is 95F. The start point for indoor conditions are 80F with 50% humidity.

EER ratings and SEER ratings are the Energy Department’s attempt to have standardized rating systems for all types of air conditioners.

Occasionally the units will measure differently. When that happens:

Just be sure to compare SEER to SEER and EER to EER. If you have the SEER rating of one AC and the EER rating of another, it is impossible to tell which air conditioner is more energy-efficient or which one will use less energy in your climate.

There’s More Information in Our Guides

To fully explain each air conditioning option, we have prepared comprehensive buying guides to each type.

Each contains a wealth of information about air conditioner prices, efficiency, indoor climate control, pros & cons, top brands and more. Browse them to learn more about your options and to determine which AC type is best for your cooling needs. 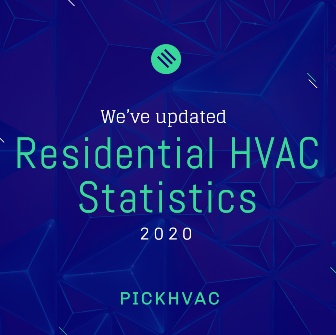