You might think that December 21st, the shortest day of the year in the United States (US), would also be the coldest day of the year. After all, the Northern hemisphere is at its furthest point from the sun on that day, receiving less sunlight than any day before and after.

The coldest day actually depends on where you live in the U.S. Some states experience their coldest temperatures at a date close to or on December 21st while others experience it toward the end of January.

Why is this? What makes some states have their coldest day of the year far later than other states? For answers on these and more, read the content below!

Our infographic uses three decade’s worth of data on the average normal climate temperatures and precipitation for each state, presenting: 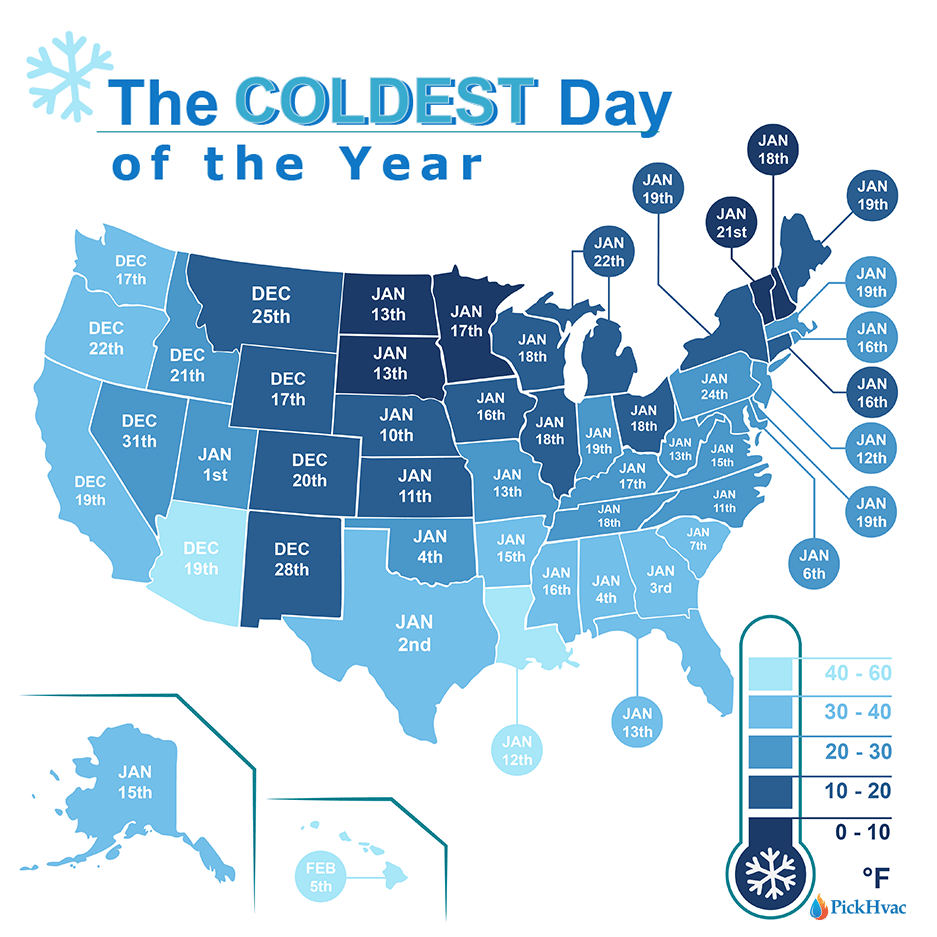 You will notice that there are various patterns across the graphic:

To see more, such as the weather of specific days throughout the last three decades, visit the National Oceanic and Atmospheric Association (NOAA) website.

The US is surrounded by multiple bodies of water that carry hot and cold air from one place to another. The largest contributors to this process are of course the Pacific and Atlantic oceans.

West and East - And the Impact of the Oceans

The Pacific Ocean is particularly good at this. It carries heat North from the equator to the Arctic Ocean/North Pole, moving along the West coast of the US in the process. This constant supply of heat creates warmer weather, high moisture, and heavy rainfall rather than snow among the West coast. This is why they experience mild winters.

The southern end of the East coast is mainly affected by the Gulf of Mexico. The Gulf Stream carries humid, hot air, which it pushes inland. This is what allows states such as Georgia, South Carolina, and Florida to have warmer winters than their northeastern counterparts.

On the other hand, the Atlantic carries frigid air from the North to the equator, producing colder winters along the East coast of the US.

The Gulf and the Atlantic are connected, allowing the heat from the Gulf Stream to be taken upward along the East coast. The problem, however, is that the Gulf loses its influence the farther the Atlantic flows North. For this reason, the winter season gets harsher in the mid-East coast and northeast, until the temperature drops as low as 0F on average.

The sun warms up the earth unevenly. The equator receives more heat than anywhere else on the globe. Because of this, the US’s southern states are warmer than the northern states.

The North deals with an additional influence: a polar jet stream.

Jet streams are narrow, strong wind currents that blow West to East but often drift to the North and South. These phenomena are the most pronounced in the winter, stretching from the bottom of Canada to the northern and central areas of the US, and sometimes the eastern coast. 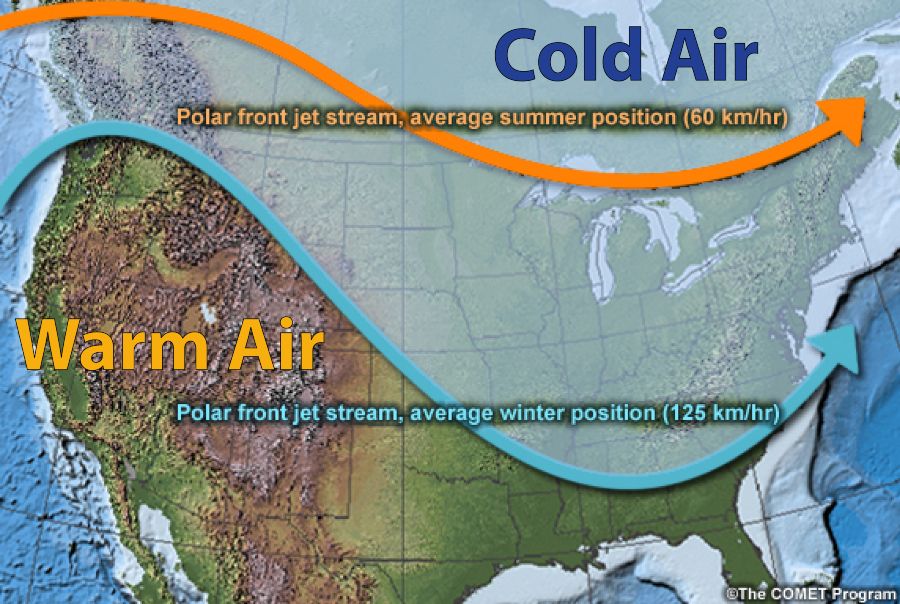 There are four primary jet streams around the world—two polar jet streams and two subtropical. The one that the US experiences in the North brings in cold air from the Arctic, disproportionately cooling the northern and central states in comparison to their southern neighbors.

Your state and/or immediate area may also have topographical reasons that affect your state’s coldest day:

For a diagram of El Niño’s pathway, see. 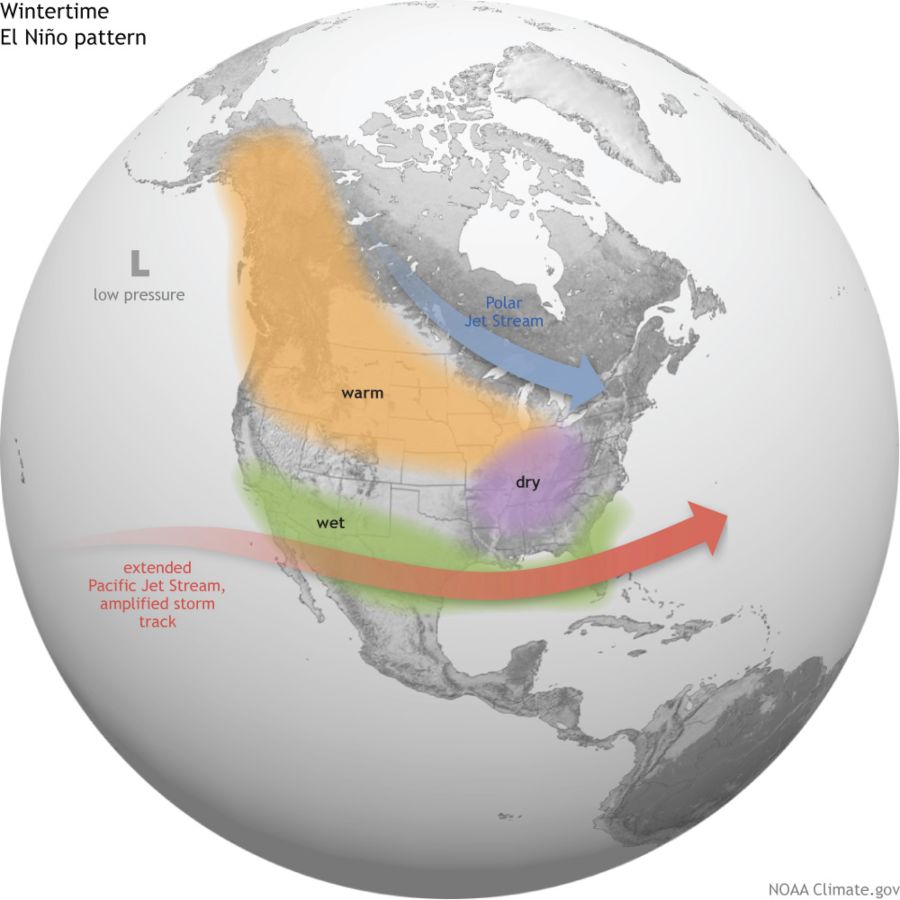