What’s In This Guide?

We start with our list and the reviews of the best Levoit models before offering a buying guide that will assist you in making your choice.

Here are the top Levoit air purifiers in popular categories. 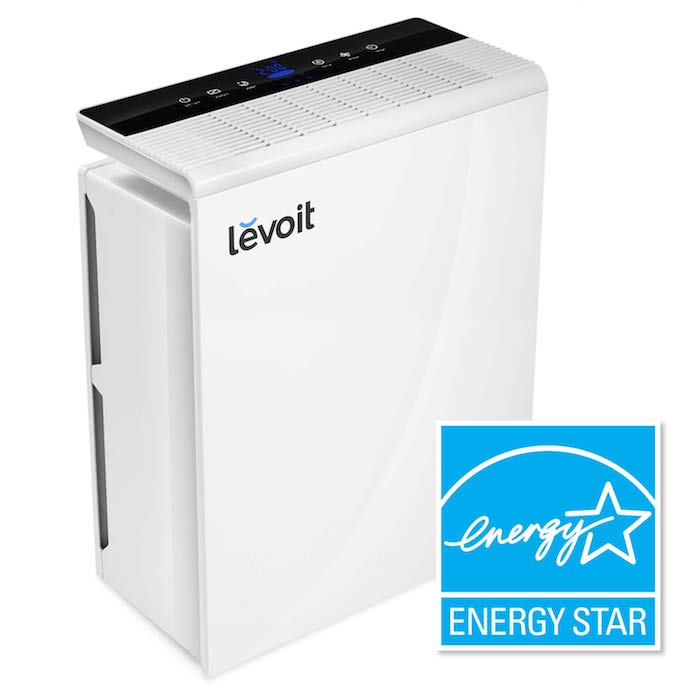 ​Best for Allergens and Pets 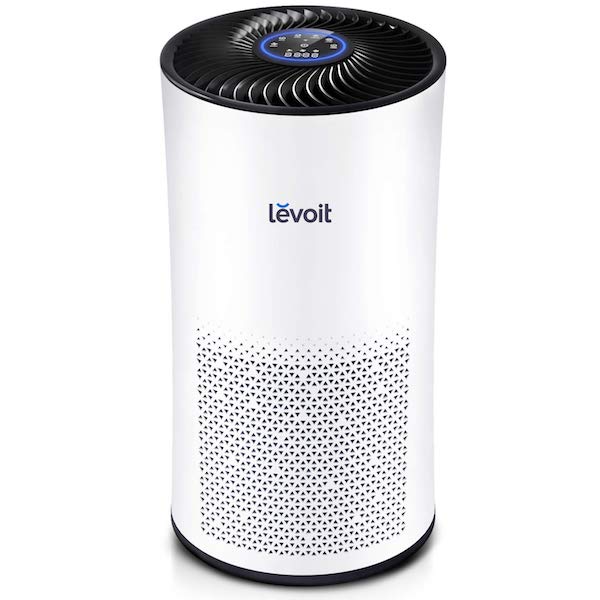 Best for Smoke and Odors 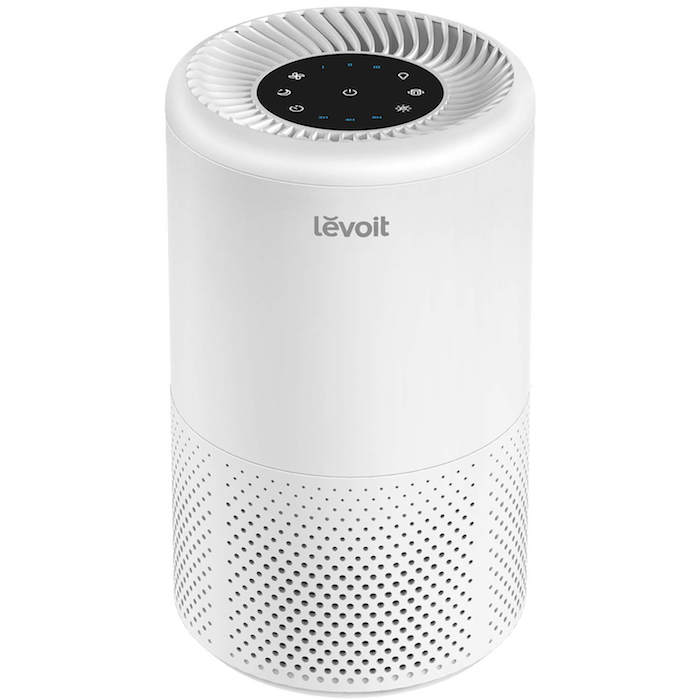 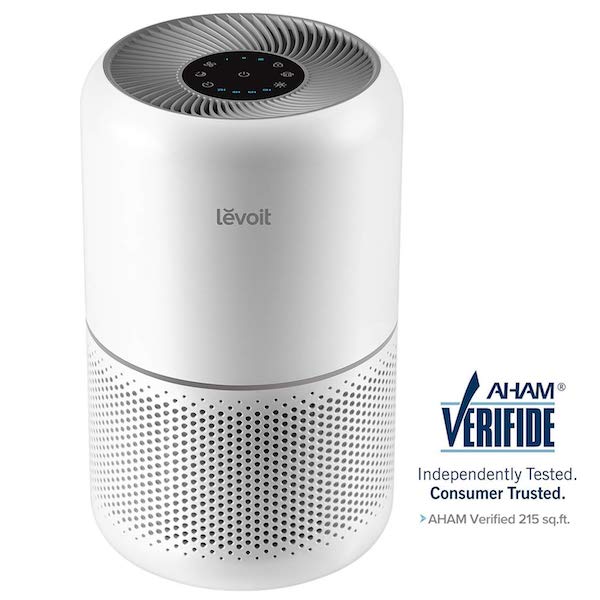 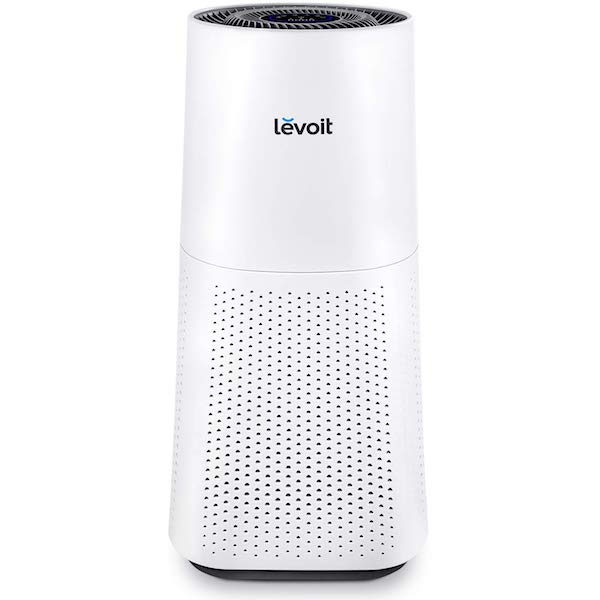 Our quick reviews above provide an overview for busy readers that want to read a professional opinion and make their purchase.

If you prefer more detail in reviews, this section has them.

We’ll tell you upfront: Most of the Best Levoit air purifiers have the same Overall Rating. This is because they have the same filters, features and quality.

Best for Allergens and Pets

This Levoit air purifier puts the air you breathe through three cleaning stages perfect for pet owners and those with allergies.

They are: 1). Fine pre-filter for large particles like pet hair and dander, 2). True HEPA for 99.97% of smaller particles and 3). activated carbon for odors.

Reason for the Choice: It effectively removes pet dander, pet smells and the most common allergens – dust, pollen, smoke, mold spores and more.

Room Size: Rated for 322 square feet. If you have bad allergies, put this unit to work in a smaller room for very thorough air cleaning.

Features Rating: 4 – No means of remote operation. Otherwise, a 5 rating. There was a WiFi version of this unit, and at this writing it is still available from Amazon and other sellers, but at more than twice the cost.

Filter Rating: 5 – HEPA and carbon plus a pre-filter are the best defense against a range of airborne pollutants and allergens.

Best for Smoke and Odors

This is a full-featured air purifier that is ideal for smoke and odors.

Reason for the Choice: We chose a high-capacity (538 square feet) model for the best Levoit air purifier for smoke and odors.

If someone is smoking indoors or does a lot of fry cooking, then going bigger than needed on an air purifier is the right choice. Besides, at 25 decibels (on low), it is much quieter than cheaper air purifiers with far less capacity to remove smoke and odors.

Features Rating: 4 – If it had a remote, Bluetooth or WiFi, the features rating would be 5.

Quality Rating: 4 – An air purifier this expensive should have a warranty longer than 2 years.

One of Levoit’s newer models, the Vista 200 has the features most users want. It is thoughtfully designed.

Reason for the Choice: It has the best air filtering and features of the small room air purifiers made by Levoit.

Features Rating: 3 – This unit is pretty basic, which keeps costs down. There’s no filter notification light or remote way to operate the unit.

Filter Rating: 5 – HEPA, carbon and a pre-filter are the three essentials of good air filtration, and it has them all.

Quality Rating: 4 – Decent quality, but just a 2-year warranty. By comparison, Honeywell backs all its air purifiers with 5-year warranties.

This newly designed Levoit air purifier shows upgrades in design and the ability to clean a large amount of air.

Reason for the Choice: Three stages of cleaning and 3-speed fan allow you to customize the air purification you need in rooms medium to large.

Features Rating: 4 – Good features, but no remote and the timer is just 8 hours. Some models have a 12-hour or 18-hour timer.

This is a large-capacity air cleaner with the features most homeowners want.

Reason for the Choice: The H134 has tremendous air purification capacity for allergens, pets, odors, smoke and more. And it cleans the air quietly.

Room Size: Up to 710 square feet, so it is ideal for average-sized apartments.

Features Rating: 5 – Everything but remote/Bluetooth.

Quality Rating: 4 – The quality is good, but the warranty is just 2 years. There are better warranties from Honeywell and other manufacturers.

There are 4 Levoit air purifier series, though only one has multiple models.

Here they are with pros, cons, best use for each and more.

But first, a few remarks about what the four series have in common.

Rather than redundantly list these features for all series, they are discussed here.

Like all good air purifiers, Levoit uses HEPA-certified filters in all units. The filters must be tested to demonstrate that they trap 99.97% of all particles down to 0.3 microns.

This level of filtration is compared with “HEPA type) filters used on inferior models from other brands that trap only about 99%, allowing many of the smallest and most dangerous/irritating particles to get through.

When you want to quickly clear a room of odors, turn the unit to its highest cleaning speed. The fan will run on high to pull in stale, polluted air and push out purified air.

High fan speeds from any brand air purifier are noisy, but you shouldn’t have to run it on high for long. Or leave it on high while you’re out of the house. You should enjoy better indoor air when you return.

A variety of washable and replaceable pre-filters are used. Their purpose is to stop large particles like pet and human hair, clumps of dust and similar.

Without a pre-filter, those debris would go straight to the other filters and shorten their effective live. Pre-filters are relative cheap, especially if they are washable and don’t need replacing. Main HEPA filters cost up to 50% of the entire price of a new air purifier, so getting the most life from them is important.

No Levoit models produce ozone, so there are no worries. See our Holmes Review and Winix Review for more information on ionization and ozone dangers.

Here are more details about each series that should assist in your buying decision.

But first, an overview table for comparison. We’ve created these tables for all the brands we review.

CADR is Clean Air Deliver Rate. We list the CADR for Smoke removal.

Cost covers all model sizes in the series.

Filtration: A Cyclone Technology, the idea perhaps borrowed from Dyson, creates stronger air intake, and that’s one of the keys to good filtration.

It has the 3 key filters you should look for in any quality air purifier:

The 3 filters are built into one replacement filter for easy changing every 6-12 months.

You have filter replacement options:

This link takes you to the page where you can select and view the features and price of each option.

Pros: Good quality and air cleaning. Improved airflow cleans the air more quickly. Quiet operation compared with cheap brands like Holmes. The ability to choose the best replacement filter for your purposes is a plus. Compact size and contemporary style.

Cons: This might not be a problem at all – but this is a very new unit, so there is no track record or reviews. We expect it to be a durable, high-performance machine, but the verdict is still out. Carriers just a 2-year warranty. That’s below average for quality units.

Best Use: The quiet, powerful cleaning makes it a good choice for a bedroom or office, den or other location where you want clean air with little noise.

This unit is compact, light at 3.3lbs and as quiet as 26db in Sleep Mode. But it still has the right features for good air purification.

Cons: You have a single filter replacement option, unlike with the Core 300. It is the Vista 200-RF.

A few users complain it doesn’t clear cooking odors. But remember that the air purifier must be properly sized for the room. For example, the Vista 200 is right for up to 160 square feet. It won’t remove smells from an entire home or apartment.

Best Use: Bedrooms and nurseries. Offices. It has a dim light option for nighttime, and the lighted button can be turned off. This makes it great for light-sensitive sleepers of any age. Its size and features make it right for a small bedroom, office or den.

This series offers a WiFi version, which is still available on Amazon and highly rated. It works with Alexa and Google Assistant. The Levoit website says it is “Sold Out,” and that might indicate it will be discontinued.

The standard Levoit-PUR131 is available in one size to serve up to 322 square feet. That’s a good-size room of about 15x21.

Cons: Some might prefer a 360-degree air purifier that pulls in air from every horizontal direction and dispels cleaned air out the top.

Will this series entirely replace the LV-Pur Series? It looks that way.

It is produced in four sizes. Three of the models are towers that pull air in from 360 degrees, and that can be a definite upgrade.

Levoit claims it filters pollution down to pm 2.5 (particulate matter 2.5 micrometers in size)

Cons: Higher cost than the PUR series and a warranty that is just 2 years long. As you’ll see next, there is no unit serving rooms between 130 all the way up to 538 square feet. We suspect that in time a model H-131 will replace the PUR-131 and fill that niche.

The “pro” for Levoit is that all the main filters are true HEPA. That puts Levoit in the same category as Honeywell, Winix and Dyson. And Levoit air purifiers cost much less than Winix, Dyson and top-of-the-line Honeywell.

If there is a “downside,” it is that Levoit doesn’t offer the premium features other brands give you. For example, Winix uses PlasmaWave hydroxyl production and Molekule uses patented photo electrochemical oxidation (PECCO) technology. However, both still rely on True HEPA filtration for the main filter. We think Levoit is a better value than Winix or Molekule.

Our pro opinion is that using a True HEPA filter is the best way to purify air. The air purifier features – timers, dirty filter notification, multiple fan speeds, dimmer lights and other extras – aren’t as important as how well the unit cleans the air you breathe.

Here are some other air purifier posts you may like: